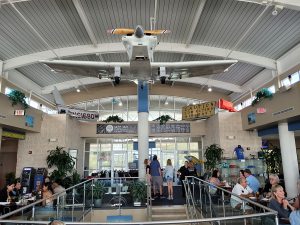 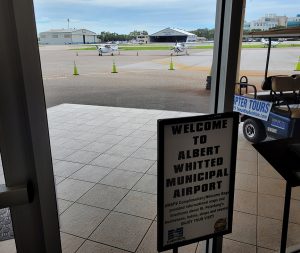 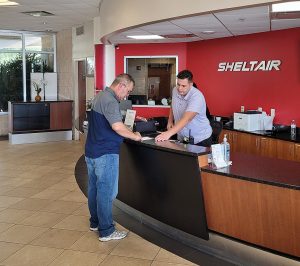 St. Pete / Albert Whitted has been a popular stop for GA pilots for years. Now they offer a restaurant right on the field, just above the Sheltair FBO. In fact you access it from a wide stairway within the FBO. 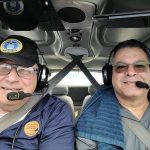 My friend Carlos Castaner needed a check out in the club C182, so I suggested we head over to KSPG for lunch. He readily agreed.

Carlos is a CFII who is getting back in to it after a long hiatus. Sounds familiar doesn’t it. While he has flown 182s before, it was a long time ago. It was a good experience for him to get back in the saddle.

We planned slightly over an hour over to KSPG, as I wanted to do some airwork on the way.

As usual, KORL was pretty busy at 10am on a Saturday morning. While we were only #2 for runway 7, there were several arrivals (three of them touch and go …) before we could get a spot.

The tower gave us a left downwind departure, which surprised me. They usually want us to go north out of the Delta before turning southwest. Made it much easier to get on course.

Tampa Approach sent us across the bay at 1100 feet, and told us to stay out of the MacDill Delta. With Foreflight it’s pretty easy to do. We made a right downwind entry to the pattern for runway 7, which was pretty exciting, as we were #3. They had some pattern people working here too! What is it with Saturdays? 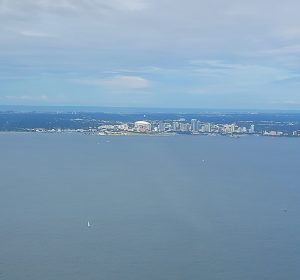 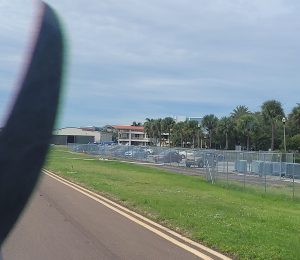 As we taxied in the tower told us to “keep the chain link fence on your right.” This is a new location for the FBO – it used to be on the south side of the runway. 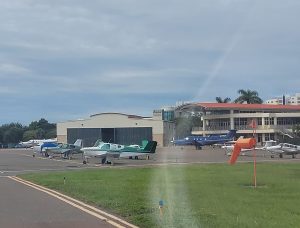 The FBO is on the right, with the Hangar Restaurant on the second floor

The Hangar Restaurant and Lounge

The place was very busy. It’s large and there were not many empty tables. There were several full tables out on the outside balcony watching the planes. There was a large banquet room in the back that was being used for some sort of private event as well.

Carlos and I ordered respectively, the Pulled Pork Sandwich and the Turkey Club. 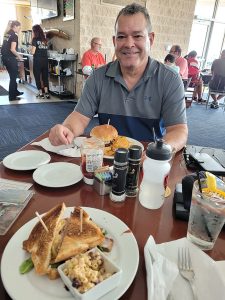 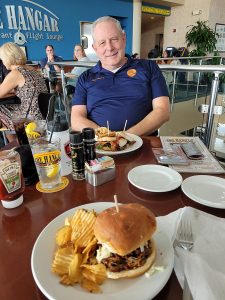 It did take a while to get our food, almost 20 minutes, but to be fair, the place was packed. Really, we felt lucky to get a table inside.

The cost ended up being considerably more than $300 as a result of the use of the C-182 and the longer flight.

We got there right at 12, which is obviously peak time on a Saturday. Still, we were seated immediately and at an indoor table.

The food was excellent and the portions were more than adequate for the prices.

We spoke to one of the managers, Michelle, who was extremely nice and helpful. 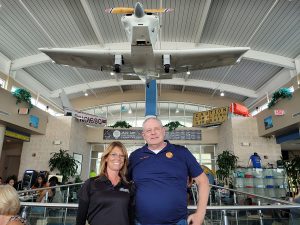 Michelle was a nice manager and very helpful. She was obviously very busy but still took a couple of minutes to talk with us and pose for a picture 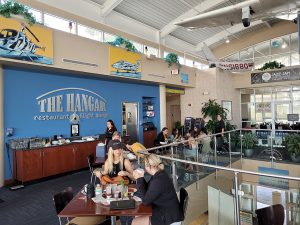 The place is huge but there are only two, single stall bathrooms upstairs. Plan accordingly and consider doing your business downstairs in the FBO which has normal bathrooms. 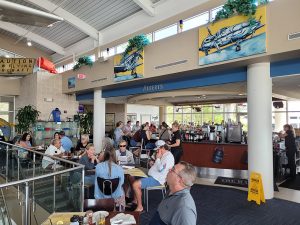 There is a fully stocked lounge off to the side which has an excellent view of the bay. I might be planning an overnight here soon, so I could enjoy a drink there. 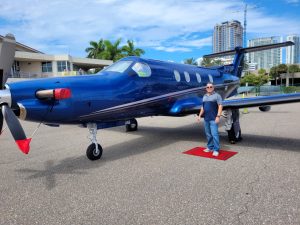 Had to get a picture next to the sexy blue Pilatus

We were late in getting out so we were concerned about some weather on the way. We managed to dodge all of it, and just beat the storm in to KORL. We managed to get the plane put away and get inside Atlantic Aviation before the rain started. 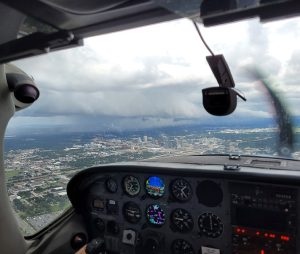 Storm approaching from the north as we landed on runway 7 in KORL. We were “cleared to land” on an 18 mile final! 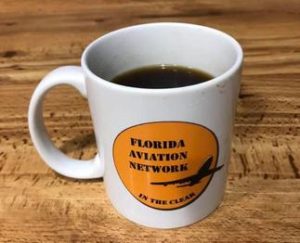