The Positive Power of Exercise 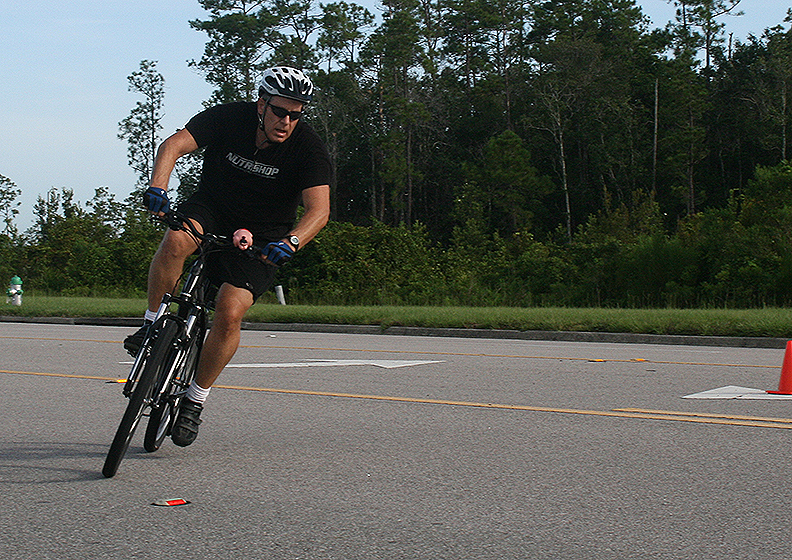 The Positive Power of Exercise

Today’s ride was not starting out well. At 4pm I laid down for a much needed nap, having a headache, shaking a bit and other symptoms which I can only describe as “flu-like” – you all know that feverish feeling.

At 5pm, not really having slept at all I got up and gradually began to “assemble my cycling ensemble.” Yes it’s an ensemble. What with the special reinforced shorts, cycling jersey, special socks, shoes, gloves, helmet and of course the all important digital watch with heart rate on it, yes it is quite a preparation.

Left the house at 5:25 armed with some special concoction in my “Clean Bottle” designed to replenish lost energy and reduce lactic acid build up in the legs, which I got from Nutrishop Orlando in Waterford Commons. Also had a second bottle of good old filtered water from the fridge.

I felt awful as I started pedaling down the street. Felt slightly better as I turned on to Waterford Chase Parkway. Started feeling pretty good on Avalon Park Blvd, and whaddya know, actually starting doing 20+ mph as I came in to Avalon trying to beat an approaching rain shower to the YMCA.

The next couple of hours were great. I rode a total of 39 miles, all in about 2 hrs 21 minutes. I pushed it through our time trial route and beat my best time by almost a minute. Here’s a SportyPal profile of the ride.

Had to rush home because I was running out of daylight, and gave the wife a bit of a scare because I apparently couldn’t hear the phone ringing in the back pocket of the jersey I was wearing.

Had a nice dinner and drank four full bottles of water! The flu symptoms are gone, and I feel great :) There is healing power in going out and putting your body in motion.