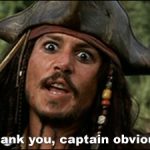 It shames me that I have to write this article. These three basic rules of money seem so obvious to me, and yet I see people break these rules every day.

You’ve heard the expression “smart money”. What it really means is “people who are smart about money.” Kind of falls in to that category of “common sense” doesn’t it? How many people are smart with their money?

Below I will state each of the three rules and go in to a little discussion about each.

Money Rule 1: It is better to have than have not.

Sounds like the headline on the cover of “Duh” magazine doesn’t it? Nonetheless I hear it every day and I’m sure you do too. “I don’t need money. I am happy without it.” While this may be true and it is true that money can’t buy happiness, but lack of money (debt) can sure cause a lot of grief.

Walk around a prison some day. You’ll find a lot of people who didn’t have money to defend themselves. Granted, most of them did something horrible, and belong there, but there is a significant percentage of people in there who didn’t have the money to hire a defense attorney and relied on “public defense.” Yeah, that didn’t work out did it?

I know that’s an extreme case, but let’s talk about personal health care. Not having money is going to cause a problem there. The most important possession you have (on this earth anyway) is your health. Without it you are less useful, more of a drain on family and friends, etc. How many times do we hear someone can’t do some necessary health procedure because they can’t afford it?

Let’s not forget stress. A lot of our stress problems are money related. Stress is a killer.

I saw a 20-20 episode where they estimated the effect of various negative situations on shortening life. Flying on airplanes took 18 days off your life, for example (due to the risk of crashing.) Driving on highways took 1.5 years. Smoking was 8.3 years. The number one life shortener? Poverty. Took an estimated 18 years away from your life.

So we could conclude it is better to have money than have not.

Money Rule 2: It is better to have more than less.

Basically this means don’t sell yourself short. Don’t undervalue your value. Are you making what you are worth? Now before you go running into the boss’s office and demanding a raise (which doesn’t have a high success rate by the way) look at the whole picture. Are you maximizing your earning potential? Have you invested properly? Are you wasting money on things you don’t need? That’s a leading disease in America by the way. We are the Kings (and Queens) of buying junk. Why would “Hoarders” be such a popular show otherwise?

It also means don’t settle for less. In sales, we tell people to plant their feet all the time. Don’t be so quick to offer a discount. Is a discount warranted? Who is going to suffer because of that discount?

Going back to rule 1, towards the end, we say that poverty was a killer. It is not bad to be wealthy. Here’s a headline you don’t see: “Rich Person Robs Convenient Store.” Having more money usually means having more peace of mind and less stress.

Disclaimer: I am not saying it is better to have LOTS more. There are different stresses that come from trying to have it all. That’s another article.

Money Rule 3: It is better to have it now than later.

This is a tricky one. There are certainly situations where it’s advantageous to stretch income out over time, primarily for tax reasons. A better interpretation of rule 3 might be “It is better to have it in hand than promised to you.”

Get paid when you should get paid. I’ve had companies tell me “Well it’s our policy to pay net 45”. That doesn’t work with me. I usually come back with. “OK that’s fine as long as you either pay a large advance deposit, equal to the total amount of the job, or you let me bill you 45 days in advance.” You should hear some of the responses I get from that.

I don’t worry about those that refuse. There’s another customer around the corner. Slow Pay is bad for business.

Get your money now. Not later. Later may never arrive.

John Will Tenney is the owner of several businesses, including the national franchise EmployerNomics. He has been involved in sales training and public speaking since 2005. If you have questions or comments for him please use the contact form below.