What Does the Unemployment Figure Really Mean? 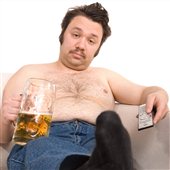 What Does the Unemployment Figure Really Mean?

Years ago, unemployment figures were calculated using the number of people that applied for unemployment benefits.

Somewhere along the line that process changed.  Those figures are ignored by every government entity I have been able to contact.

In fact, everyone I spoke to uses a survey to determine unemployment.  Here is an excerpt from an answer to my request from Workforce Florida:

“Where do the statistics come from?
Early each month, the Bureau of Labor Statistics (BLS) of the U.S. Department of Labor announces the total number of employed and unemployed persons in the United States for the previous month, along with many characteristics of such persons. These figures, particularly the unemployment rate—which tells you the percent of the labor force that is unemployed—receive wide coverage in the media.

Some people think that to get these figures on unemployment, the Government uses the number of persons filing claims for unemployment insurance (UI) benefits under State or Federal Government programs. But some people are still jobless when their benefits run out, and many more are not eligible at all or delay or never apply for benefits. So, quite clearly, UI information cannot be used as a source for complete information on the number of unemployed.

Other people think that the Government counts every unemployed person each month. To do this, every home in the country would have to be contacted—just as in the population census every 10 years. This procedure would cost way too much and take far too long. Besides, people would soon grow tired of having a census taker come to their homes every month, year after year, to ask about job-related activities.

Because unemployment insurance records relate only to persons who have applied for such benefits, and since it is impractical to actually count every unemployed person each month, the Government conducts a monthly sample survey called the Current Population Survey (CPS) to measure the extent of unemployment in the country. The CPS has been conducted in the United States every month since 1940, when it began as a Work Projects Administration project. It has been expanded and modified several times since then. For instance, beginning in 1994, the CPS estimates reflect the results of a major redesign of the survey. (For more information on the CPS redesign, see Chapter 1, “Labor Force Data Derived from the Current Population Survey,” in the BLS Handbook of Methods.) “

Clearly this survey is of a controversial nature.  The US Gov’t surveys a list of 60,000 homes and asks the following questions:

The bold section has been added recently, as the surveyors felt that “under-employed” people should be counted in the survey as unemployed.  I have a problem with that.  How many people out there are looking for a better job?  You see what I mean.

They take these numbers and estimate the total number of unemployed people in the area surveyed (this is done in Florida and Orange County for example) and divide that by the estimated workforce population (another very controversial number) to arrive at the unemployment rate.

As you can see, there is so much wiggle room in all these numbers that someone could manipulate figures to come up with whatever number they really desire.

This figure doesn’t take in to effect the “voluntarily remaining unemployed” sector either.  These are people that are receiving unemployment benefits but not accepting jobs that pay less than or equal to the benefits.  We know of others who are being paid through a personal corporation so they can stay legally unemployed and collect benefits.  This is of course a very difficult number to determine but it has to be taken in to account.

The bottom line?  Next time you hear someone complaining about the “high unemployment rate” please consider their reasons for doing so.  It is very possible that the true unemployment levels are much lower than being advertised.

John Will Tenney is the lead property and casualty agent for PEO Pros / PAY-surance HR, an employers insurance agency in Orlando, FL.

Information for this article was taken from Wikipedia, Workforce Florida, and US Government websites.