Vero Beach – not to be 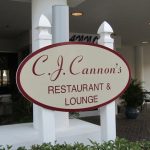 Today my plan for a $300 burger was aimed at CJ Cannon’s on Vero Beach Airport, pictured to the left here. It has a great reputation, and is supposed to be very reasonable in price.

But it was not to be.

Lesson 1: No place like aviation for getting what you pay for

I had scheduled one of the club planes, which while slightly expensive, are very well equipped and receive excellent maintenance.

A friend of mine said “Take my 172, it’s a lot cheaper.” At $130/hr wet it would be a bit cheaper. I should have remembered one of my favorite mottoes: “No place like aviation for getting what you pay for.”

I got in the plane and noticed right away it was equipped with a lot of dated avionics. Not a king radio in sight, let alone anything like a GPS.

Well I had my iPad with Foreflight …

During the walkaround I noticed some age on the plane. Paint was flaking, there were bare spots, and some corrosion in some non-critical areas. The tread was low on the left tire. Weirdly, the fuel was purple, not blue. I called the owner and he said, “Oh that’s normal. I put an additive in the fuel to help clean the valves.”

I should have walked away then.

The takeoff roll was even more exciting. First of all, even though the trim was set to takeoff, as soon as I applied power the nose flew up in to the air. That was not critical but a little startling.

What was even more startling is that the passenger window flew open on the takeoff roll. I slowed down and closed it. Resumed the takeoff and whaddya know, it opened again. I decided to continue the takeoff. 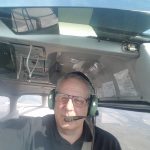 When I got up above 500′ I closed it again. It was three or four more times before I figured out how to make it stay shut. It was still very noisy and made radio communication difficult.

I thought about coming back to land. Not for the last time.

My iPad wasn’t connecting to the ADS-B. I didn’t really have a good idea of where the class B was. I was asking approach to help me out but they were really busy. I just stayed low until I knew I was well clear.

About 30 miles from VRB (by DME, didn’t have a working GPS) the engine coughed a little. About a 300 drop in RPM, a slight vibration, and then surged back to 2500.

Several thoughts went through my head in rapid succession: “Oh no, I don’t know this guy that well, I don’t know the mechanic that works on this plane, I don’t want to put it down out here in the middle of nowhere, how will I get home” etc.

I immediately reversed course and started heading back to Orlando.

Lesson 4: There is nothing wrong with declaring an emergency

I told approach I was reversing course, engine was running rough.

“Are you declaring an emergency?”

“No not at this time, but I would like to get back to Orlando as quickly as possible.” 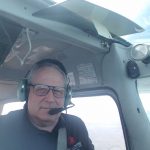 The next 20 minutes were very long. Very, very long. I wanted to stay up high so I would have more options if the engine finally quit. They wanted me lower. “Sir you have oncoming commercial traffic going in to Orlando International. Please descend to 1,600 ft.”

“Can I stay up here a bit? I want the altitude. Let me know if I am in a problem spot and I will descend.”

10 seconds later “You are in a problem spot, please descend now or turn away from the airport.”

In retrospect, there would have been nothing wrong in declaring an emergency and keeping my altitude. As it was, I was vectored to follow traffic that was further away but faster than me.

Spoiler alert: I made it to the airport without incident, but I think I inhaled that seat cushion in the last 10 minutes of the flight. If you have to ask, you haven’t had a problem in flight before.

I parked the plane on the ramp and got out. I was quite relieved. I have learned my lesson: stick to the club planes where I know the maintenance squad and the diligence to detail.

On a high note, while walking in to the FBO I ran in to two pilot friends of mine from my Mesa Airlines days. 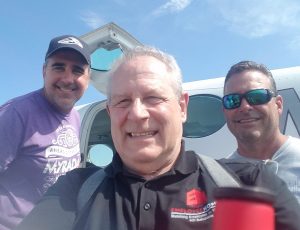 I ran in to two old friends from the Mesa Airlines days. Scott, Steve and I all flew 1900s and CRJs around the same time.

I didn’t get my burger but I did get to fly. Not the most enjoyable flight, but definitely an educational, or reminder experience. Safety of flight begins on the ground, with good judgment.

I will not fly that plane again. If I start to see trouble signs in a walkaround, I will exercise better judgment.

I will not quit flying, but I will continue to make safety of flight my priority.