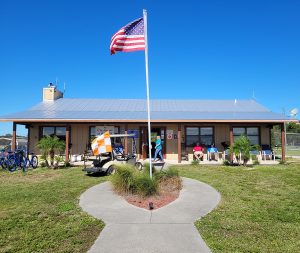 Most pilots in Central FL have heard of “Taco Tuesday” or indeed have attended at least once. This was my first visit to Arcadia, whose airport manager, the lovely Shelley Peacock, hosts food trucks in the very convenient airport campground every Tuesday. By convenient I mean really convenient. It is right next to the FBO and indeed, if you aren’t afraid of parking on grass, you could taxi your plane right over there. 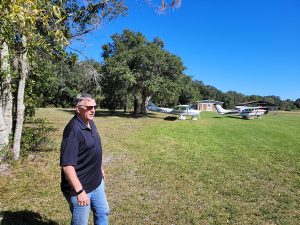 Mike Harding shows the planes parked next to the campground, about 75 yards from the food trucks and picnic tables.

Well finally I have a partner in crime. Mike Harding, someone I’ve known for about 30 years, finally caught up with me and said “Hey I want to take you to Taco Tuesday and be featured in your column.” No problem Mike! I have two kinds of friends: 1: Friends with Planes and 2: Friends without Planes.

You are now Number One in my book Mike! 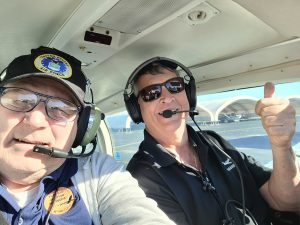 Mike and I taxiing out of KORL in Beech Sierra N6698F. A very interesting plane!

But First: The Beech Sierra 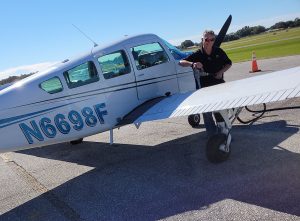 Only 794 Beech C-24R aircraft were made. Odd, because this is a great low cost, utility airplane. I compare it to the Piper Lance, also a six-seater, but with only 4 cylinders instead of 6. Slightly slower but basically the same useful load and long range.

In one significant way, it is better than any Piper, and indeed, any other Beechcraft – it has a door on both sides! I don’t know about you but I like being able to open a door and get out, without having to climb over other people.

For more information take a look at this website.

Mike is a very diligent and safe pilot. He takes his time, which would have driven me crazy in my young, foolish days, but now I have come to appreciate the necessity to make sure everything is right before takeoff. It’s very hard to fix things once you are in the air.

We departed VFR from KORL, making a left downwind departure from Runway 7. There was not much traffic in the pattern so we got out rather quickly. The Sierra easily made it up to 3500 ft (yes I know wrong altitude for direction of flight, but MCO_APP wanted us there to be clear of the Disney TFR.) Once level, we trued out at approximately 135 kts at 8 gallons per hour. That’s a great fuel to speed ratio. Mike and I both used our iPads with Foreflight to navigate and spot traffic, but just in case, we got radar following all the way there, and even handed off to Miami CTR near Lake Wales, so we were clear of all parachute jump areas. 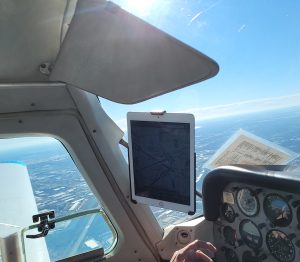 We entered a left downwind for Runway 6 at Arcadia and Mike made a pretty decent landing. We taxied in and immediately he went to the self serve fuel station to beat the rush. 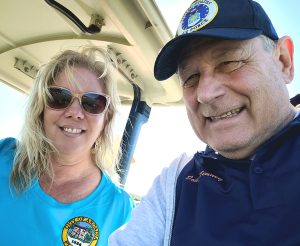 Shelley came up to me and immediately introduced herself. Wow. This is a great place to fly in to. Everyone is very friendly and so happy that you flew in to see them.

The FBO is nice, a vintage structure that is very well maintained. Restrooms were spotless. It even comes equipped with old guys sitting in rocking chairs out front. Some day, guys, I will join you … 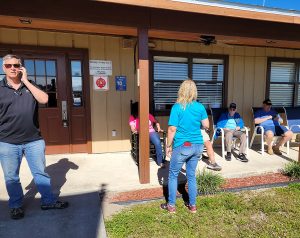 There were two food trucks today, one BBQ and one for Tacos. We gave the BBQ a try. The food was good, excellent quality, but very messy and I ended up wolfing it down to avoid making a mess. Still, it was a beautiful sunny day, and a great time to sit at a picnic bench and solve all the world’s problems with Mike. I did notice that there were no bugs. Nothing obnoxious anyway. I saw a moth and some honeybees on the clover but really that was it. No “skeeters.” 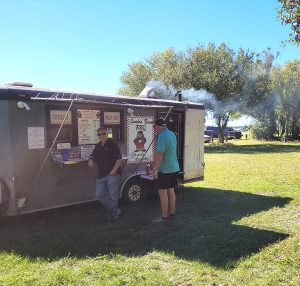 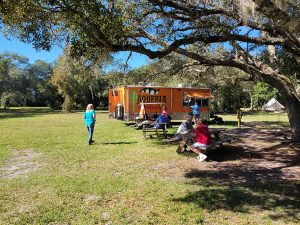 Shelley heading over to the Taco truck. 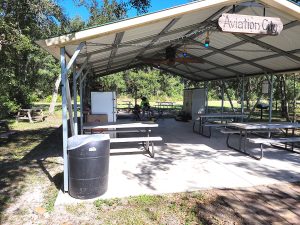 The campground includes a band shell, and by the way there was a guitarist / singer performing. He was pretty good!

Mike and I headed back after stopping to talk to some folks who owned a “carbon fiber” J-3. I haven’t seen this before … 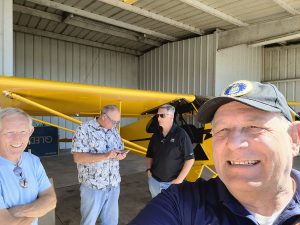 Once we got the plane going, the arrival rush was beginning. When we finally took the runway there was a guy on 2 mile final and a couple more entering downwind. I would suggest getting here early for Taco Tuesday.

We had an uneventful flight back to KORL, except the moth somehow made it in to the cockpit. We treated him nice and hopefully he finds new friends in Orlando. 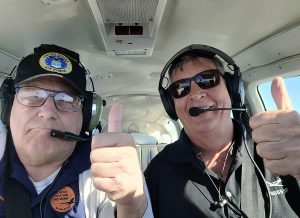 You may notice that the “PIREP” section is missing. That’s because I wasn’t paying for the plane. I bought lunch and next time I will pay for gas. I will Mike. I promise!